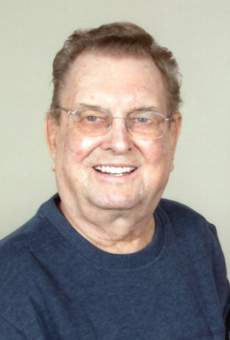 He was predeceased by his parents, Joe and Vetta Barry; and his brother, Calvin (Audrey).  Wray is survived by his wife, Helen (née: Merrick) to whom he was married for 68 years; daughter, Shelley (Daryl) Sapp; son, Jack (Debbie); 5 grandchildren and 11 great-grandchildren.  Wray will be lovingly remembered and missed by his entire family.

Wray was born and raised in Tuxford, Saskatchewan.  He spent his working life employed by the Canadian Pacific Railroad.  He started with the C.P.R. in 1951 as a brakeman and retired as an engineer in July 1989 after 33 years of a fulfilling and successful career.  Throughout his life, Wray’s greatest enjoyments were spending time with his family and friends, travelling, golfing and flying with his good friend Jack.

The Barry family would like to express their sincere gratitude and appreciation to the Ross Payant Nursing Home in Assiniboia for the compassion and excellent care they gave our father.  We can never thank the nurses and staff enough.

In keeping with Wray’s wishes, a Private Family Celebration of Wray’s life will be held at a later date.  Flowers or donations are gratefully declined.  Arrangements are entrusted to Moose Jaw Funeral Home, 268 Mulberry Lane.  Todd Sjoberg, Funeral Director 306-693-4550