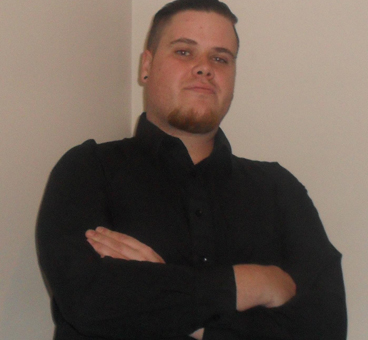 It is with a broken heart that we announce the passing of our son, Robert W. J. Zinkhan after a brief illness on Sunday, June 20th, 2021 at the age of 41 years.

Robert was born and raised in Moose Jaw, SK and was educated at Westmount School and Riverview Collegiate.  At a tender age Rob left home to start his journey in life.  His journey took him to many beautiful places, returning back home to Saskatchewan to be close to family.  This is where Rob began his career caring for others, with a heart of gold and as large as the sky he found the calling to the work he loved.  It is never the same day twice is what he would say.  Rob’s sense of adventure and compassion for others, with a huge smile and mischievous look in his eyes that said I will try anything once.  His deep laugh and wide grin were his trade mark approach to a good joke or prank.  Rob’s love for all will live on in the hearts of everyone that knew him.

Rob was greeted at the gates of heaven by the loving arms of grandparents: Linda Lemay, Robert and Ruth Zinkhan; aunts, Jackie Lemay and Lesa Zoerb (née: Zinkhan); and uncle, Daniel Lemay.

Left to mourn his loss and cherish all that he was are:  his parents, Doug and Janet; sister, Megan Straker (Brett and children Austin, Henley); grandparents, Bob (Donna) Lemay; uncle, Bobby Lemay (Melody and family); as well as numerous aunts, uncles and cousins; and special friends, Kristin Bodnar, Derek McGuin.

The family wants to extend its thanks and appreciation to the staff at Saskatoon Royal University Hospital, as it was their care and hard work that made all the difference to Rob’s wellbeing and quality of life.

A Private Family Celebration of Rob’s life will be held at a later date.  In lieu of flowers, memorial donations in Rob’s name may be made to a charity of your choice.  Arrangements are entrusted to Moose Jaw Funeral Home, 268 Mulberry Lane.  Andrew Pratt Funeral Director 306-693-4550