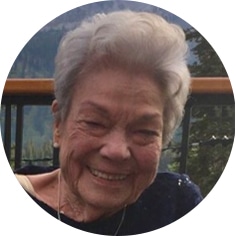 Audrey Wray “Trix”, aged 86 years of Moose Jaw, SK passed away on Sunday, February 10th, 2019.  Trix was born in North Battleford, SK and married the love of her life, Chic, on July 31st, 1948 in Fort MacLeod, AB.  Chic and Trix purchased the Swing Inn, then in 1960 the Wray’s acquired the KFC Franchise for Moose Jaw, which they continued to operate until 1992.  She was predeceased by her parents, John and Cora Hord; husband, DeWillis “Chic”; brothers, Clint and Roy; sisters, Joyce and Sylvia; and great-granddaughter, Cloey Duff.  Trix will be lovingly remembered by her son, Don (Donna); daughters: Lynn Wray, Roberta (Carl) Pedersen, Maureen (Kelly) Miller, and Carol (Peter) Sooker; 14 grandchildren, 12 great-grandchildren and 2 great-great-grandchildren; as well as numerous nieces and nephews and their families.  A Time of Fellowship will be held at a later date.  Flowers are gratefully declined.  As an expression of sympathy, donations in Audrey’s name may be made to the Moose Jaw Health Foundation, 55 Diefenbaker Drive, Moose Jaw, SK S6J 0C2 or Wakamow Valley, PO Box 1266, Moose Jaw, SK S6H 4P9.

“How lucky were we to have had someone
that makes saying goodbye so hard”
The family asks that you raise a glass
and share a toast to Chic and Trix!