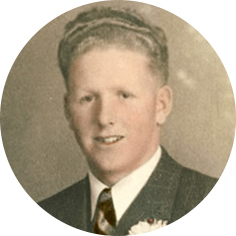 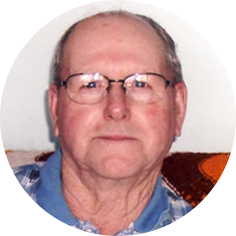 Weppler, Roy Edwin passed away peacefully on Saturday, May 24, 2008 at the age of 81 years, with his family by his side.  Roy was born on February 6, 1927 at the family farm north of Morse.  After finishing school in Morse, he drove a taxi in Moose Jaw for two winters.  He met Florence (Lindquist), his wife to be, during high school and they were married on October 11, 1947.

Dad loved farming and was active on his and his sons’ farms for over 60 years.  Roy was also a natural musician and loved to play the piano, bass fiddle, guitar, banjo, organ, and played with many orchestras.  Dad was involved with the community – minor baseball, Elks, Masons, Credit Union Board, Skating Board, and Housing Authority.  He also worked for Saskatchewan Crop Insurance until the age of 65.  He loved to hunt and fish and spent winters in Texas and Sechelt, British Columbia.