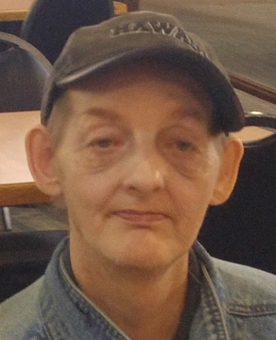 Dale Michael Weeres passed away suddenly on Sunday, January 16th, 2022 at the Dr. F.H Wigmore Regional Hospital at the age of 65 years.  Dale was born in Moose Jaw, SK on July 16th, 1956 to Ray and Eunice Weeres.  He attended St Agnes School and Vanier Collegiate.  He spoke often of growing up in Moose Jaw with all of his brothers and sisters and cousins.  Even though times were tough for the family, they still had each other and had many adventures in the “Coulee”.  Dale moved to Saskatoon in his early 20’s with his brother Dennis.  He worked at the Birdcage Restaurant and was treated with kindness by the owners.  He moved back to Moose Jaw in the early 90’s, eventually moving in with his sister Debbie and her family and resided there until his passing.  Dale was a sweet soul who didn’t want much, unless it was his coffee, fish and chips, or spaghetti.  Another one of his passions was WWE.  He loved wrestling.  He had his favorites and could tell you all about it.  Dale also loved going down to Nick’s Place.  Thank you so much to the staff that took extra special care when Dale would visit.  They made sure that he had his coffee and that he was safe.  Nick’s Place also had Karaoke on Friday nights and Dale would entertain with his own special version of “Kung Fu Fighting” and did his own actions, to everyone’s delight.  Dale also had a very unique sense of humour.  He would hit you with one of his “one liners” and you would find yourself shaking your head, wondering…where did that come from?

He was predeceased by his father, Ray; mother, Eunice; and step-father, Carl.  Also, waiting to greet him in Heaven are his brothers: Dennis, Dwayne and Larry; and sisters: Judy, Kathy, Brenda (Garry) and Sharon.  Left to mourn are his sisters: Carol (Ken) and family, Darlene (Darrell) and family, and Debbie (Harley) and family; brother, Mike R. and family; special nephew, Mike L.; as well as numerous nieces and nephews, and friends.