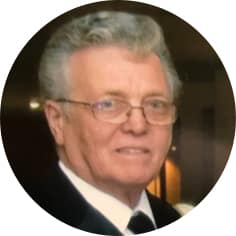 Garry Warren, aged 77 years of Moose Jaw, SK passed away very suddenly on Wednesday, January 22nd, 2020.  Garry was the rock of our family.  He was the most caring, generous, kind and incredibly amazing Husband, Dad, Papa, Great Papa and friend, and will be missed beyond words by everyone who knew him.  Garry lost the love of his life on March 10th, 2019 and has longed to be with her ever since.  He was predeceased by his wife and best friend of 48 years, Brenda Warren; mother, Verna Shayler; grandmother, Gertrude Warren (Albert); and granddaughters, Takisha and Meika Perreault-Warren.  Garry is survived and missed more than words could ever say by his daughters: Chantelle Warren, Kim Lukan, Carol-Anne Dunlop, and Rhonda Chornenki; grandkids: Teanna Benson, Troy Busse, Samantha Busse, Jordan Brown, Jack Lukan, Bradley Dunlop, Cody Dunlop, Brittnee Dunlop, Tyrone Perreault, Dezarae Perreault and Delilah Chornenki; and great-grandkids: Silver Benson, Sloane Benson, Izabella Korbo and Lennon Ausum.  Garry was born in Vancouver, BC but eventually made his way to Moose Jaw and lived with Grandma Warren. He went back and forth from the Jaw to Vancouver for a few years but eventually stayed, making Moose Jaw home. He attended King George Elementary School, Peacock Collegiate and STI, where he obtained his Welding Journeyman Diploma.  Garry was a man of many trades and talented skills. He has done it all from hairdressing, musician, obtaining his small plane pilot license, working at the ship yards, woodwork, coaching softball, building soap box cars, roofing, paving, welding, and the list just goes on and on. After he retired from welding, he quickly found himself bored so he would get part time jobs to stay busy.  He enjoyed working at Canadian Tire and also driving for a local company. Garry was always a people person and had a smile for everyone. He loved to chat and visit, even if it was short and sweet. Garry’s family was his pride and joy. He was there for all of us anytime we needed him, for whatever reason. He truly was our rock! Things will never be the same without him, but knowing he is once again with the love of his life and so many others he has missed makes it a little easier.  In keeping with Garry’s wishes, a Private Family Service will be held.  As an expression of sympathy, donations in Garry’s name may be made to a Humane Society of your choice, as his fur babies have always had a special place in his heart.

When tomorrow starts without me
Please try to understand
That an angel came and called my name
And took me by the hand
The angel said my place was ready
In heaven far above
And that I’d have to leave behind all those I dearly love
But when I walked through heavens gates
I felt so much at home, for God looks down, smiled at me, and told me “Welcome home”
So when tomorrow starts without me
Don’t think we are far apart
For every time you think of me
I’m right there in your heart

We love you Dad and know we will see you again ❤️