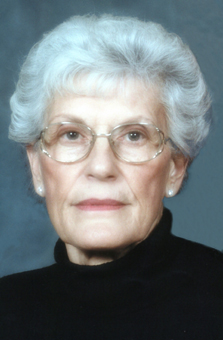 Monica Francis Walter, age 84 years of Moose Jaw, Saskatchewan passed away on Saturday, June 19th, 2021.  Monica was born in Maple Creek, Saskatchewan on May 8th, 1937.  She was raised on the farm in Fox Valley, SK until she moved to Moose Jaw to work at Joyners Department Store.  Monica met the love of her life, Donald Walter, in February of 1960.  They were married July 20th, 1963 and raised a family of four children.  She enjoyed gardening, cooking, baking, sewing, quilting, and camping.  She was also a proud member of the CWL.

She was predeceased by her parents, Cecelia and Joseph Hudec; 15 siblings; and son-in-law, James Ward.  Monica is survived by and will be dearly missed by her husband of 57 years, Don; son, Todd (Julie); son, Darcy (Jane); daughter, Lisa; son, Jeff (Vanessa); and grandchildren: Mark, Tiffany, Zachary, Madelyn, Jiness, Jesse, Mackenzie, Quinn, Caelyn, and Hudson.  Also left to mourn are her sisters, Emma and Annie; as well as many nieces and nephews.

Thank you to all of the compassionate and caring nurses and doctors at the Dr. F.H. Wigmore Regional Hospital and Regina General Hospital.

The Funeral Mass will be celebrated on Friday, June 25th, 2021 at 1:00 p.m. in St. Joseph’s Roman Catholic Church, 1064 3rd Ave NW, Moose Jaw, SK.  Father George Thattuparampil will be the presiding celebrant assisted by Deacon Lamont Dyck and interment will take place at Rosedale Cemetery.  In lieu of flowers, donations in Monica’s name may be made to Stars Air Ambulance, 2640 Airport Road, Regina, SK S4W 1A3.