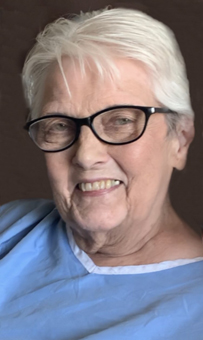 Marjorie Ilene Walsh (née: Walper) passed away on Tuesday, September 21st, 2021 in Moose Jaw, SK.  Marj was born on May 20th, 1935 and raised in Eston, SK.  She was predeceased by her parents, Eldon and May Walper; husband, Ben; son, Kevin; brother, Barry of Edmonton, AB; and sister, Barb of Saskatoon, SK.  Marj is survived by her son, Dwaine of Surrey, BC; daughter, Karen (Randy) of West Kelowna, BC; daughter-in-law, Tracey (Jason); grandchildren: Ky of Vancouver, BC, Sadie and Kali of Moose Jaw; brother-in-law, George; as well as many nieces and nephews in Saskatoon.