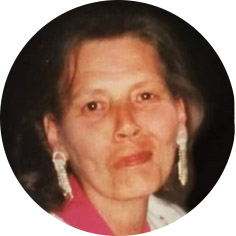 It is with heavy hearts that we share the passing of Carolyn Faye Thorpe (née: Thomas).  She passed away peacefully in her sleep at Providence Place in Moose Jaw, Saskatchewan on Saturday, June 20th, 2020.  Carolyn was born October 18th, 1944 at Sec 34 – Tp 22 – Rge 27 – West of 2nd, Saskatchewan which was known at the time as ‘The Little White House’.  Later, in 1949, the family moved to the homestead that her parents built and lived there until 1965, at which time she moved to Moose Jaw where she resided for most of her days.

Carolyn started school at the Little Country School in Aylesbury, Saskatchewan before going to the Sisters of Zion Boarding School in Moose Jaw.  She later attended Technical High School before completing her first year of Secretarial at St. Louis College.  Her first job was at Canadays Apparel and then later worked at Valley View Centre.  After that, she became a stay-at-home mom.

Carolyn was quite known for her love of Elvis music and memorabilia, cats, going for coffee to meet new people, and “Gone with the Wind”.  Red was the color she was often seen wearing while she was taking her long walks around town enjoying the scenery of Moose Jaw, especially the flowers.  Her favourite pastime was playing cards and nickel bingo with her fellow residents of Temple Towers.

Due to the current health situation, a Private Family Service will be held at a later date.  Interment will take place at Sunset Cemetery where Carolyn will be laid to rest with her father.