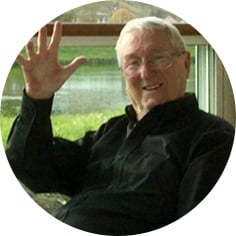 Dr. Roger Tessier passed away peacefully on Sunday, August 18th, 2019 with his loving wife of 57 years to the day, by his side.  He was predeceased by his parents, Alfred and Corinne Tessier; brothers, Robert and Gerard; and sisters: Clare (Mike), Rolande (Jake), and Denise.  Roger is survived by his wife, Rosemary; children: Jamie Tessier, Jan Tessier, Nicole (Curtis) McDougall, and Amy Tessier (Nathan Grams).  Roger was the proud grandfather of 8 grandchildren: Tess, Lise, and Liam Heinricks, Jesse, Jack, and Julia McDougall, and Daegen and Sasha Grams.  Born Roger Guy Tessier in Assiniboia SK, he moved with his parents to Moose Jaw, SK in 1956 and attended Central Collegiate High School. Roger continued his studies at the University of Saskatchewan and then transferred to the University of Alberta to become a dentist.  While studying in Edmonton, he met the love of his life, Rosemary Clare Burchell. Upon the achievement of his degree in dentistry, they married and moved to Moose Jaw. While listening to music, Roger spent many hours in his garage designing and creating beautiful pieces of furniture and wood turnings.  He had an adventurous spirit and at various times in his life he could be found flying an airplane, cruising down the slopes, and appreciating the bottom of a coral reef. Roger found many wonderful friends through his involvement with the Kinsmen and Rotary Clubs. In his retirement years, he enjoyed the camaraderie of walking with the Grumpy Old Men.  Dad loved to host a good party, and in his memory we celebrate a life well lived. The Funeral Mass will be celebrated on Friday, August 23rd, 2019 at 11:00 a.m. in St. Joseph’s Roman Catholic Church, 1064 3rd Ave NW, Moose Jaw, SK.  A private family interment will take place at Rosedale Cemetery.  In lieu of flowers, donations in Roger’s name may be made to the Kinsmen Telemiracle Foundation, 2217C Hanselman Court, Saskatoon, SK S7L 6A8 or St. Josephs Parish, 1064 3rd Ave NW, Moose Jaw, SK S6H 3T9.  Arrangements are entrusted to Moose Jaw Funeral Home, 268 Mulberry Lane.  Michelle Surtees, Funeral Director 306-693-4550.