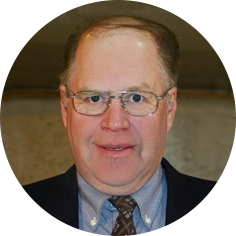 Royden Walter Taylor aged 60 years of Caronport, Saskatchewan made his “last call” and went home to be with his Lord on Friday morning, January 18th, 2008. The Funeral Service will be held on Friday, January 25th, 2008 at 2:00 p.m. in the Hildebrand Chapel, Caronport, Saskatchewan. A time of visitation for family and friends will be held on Wednesday, January 23rd, 2008 from 7:00 – 9:00 p.m. in Moose Jaw Funeral Home. Royden was predeceased by his father Walter Taylor and one brother in infancy. He will be sadly missed and lovingly remembered by his wife of 38 years Donnie; daughter Shelley, son Carey, daughter Karlene(Mike) Benallick; three grandchildren Carter, Jenna and Cole; his mother Kathleen; brother Fred (Connie); and numerous other relatives. For those so wishing, memorial donations may be made in Royden’s name to the Briercrest College and Seminary Rink Project c/o the Briercrest College and Seminary.