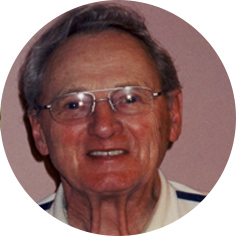 Today is a day of great sadness as the world has lost a bright shining star, David Adolph Sykora. He passed away un-expectedly on Tuesday, March 3rd, 2008 at the age of 77 years. He was born in 1930 to Adolf and Josefin Kubishta Sykora on the coulee homestead near Scout Lake. Predeceased by his parents, a sister Mary, two infant siblings and his loving wife Bernadette (Allarie) Sykora. Dave is survived by Maxine Harvey, her daughter Sue (Ron) Balzer, sons Larry(Nancy), Brian, daughter Debbie (Brent) and grandchildren Stacey (Phillip),Chelsea, Jasmin, Hope, Michaela, Nathaniel and Josephine; brother Frank, and sisters Helen (Ben) Holness and Bessie Gessler and numerous nieces and nephews. Dave was educated at Hay Meadow School near Scout Lake. His first language was Czechoslovakian. He grew up on the family homestead, which still stands today. He continued to visit his homestead with his own children and grandchildren and pick the crab apples off the tree his parents had planted. Dave had an idyllic childhood, which he always remembered with fondness. Dave was industrious and did many things in his life. He first worked as a farmer with his Dad and brother Frank; and then the two of them moved on to the oil rigs. His life’s work as a salesman began in Yorkton where he first met Bernadette Allarie. They later married and moved to Moose Jaw where Dave began to work as a McGavin’s bread man and a part time realtor at Phillip’s Realty. He later went on to establish his own successful business, which he proudly called Band City Realty Insurance and Construction. He was past President of Moose Jaw Real Estate Board. In 1994, his wife of 40 years passed away suddenly. He later would find love again, with Maxine Harvey. Dave became a second father to her daughter Sue and son-in-law Ron. Maxine and Dave enjoyed many things together including traveling and collecting antiques. Dave was always positive, gregarious, passionate and kind. Always helping people out in time of need. He loved to spend time with his children and grandchildren. His interests included reading, writing, painting, tinkering, storytelling, playing guitar and harmonica and yodeling. He enjoyed many hours of golfing with his friends. He will be missed by anyone whose life he touched. He was born of the land and returns to it with grace and dignity. We love you Dad. The Funeral Service will be held on Saturday, March 8th, 2008 at 11:00 a.m. in Moose Jaw Funeral Home. In lieu of flowers please give to Dave’s first born Granddaughter Stacey Sykora, who needs a kidney transplant. Make cheques payable to Stacey Sykora Trust, c/o Conexus Credit Union, P.O. Box 640, Moose Jaw, Sask. S6H 4P4.