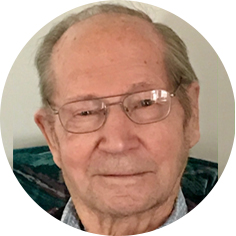 Alfred Arthur Swanson, aged 86 years of Moose Jaw, SK passed away on Sunday, December 27th, 2020.  Alfred was born and raised on the family farm near Windthorst, SK.  As an adult, he worked an assortment of jobs over the years until he opened his own business, Swanco Industries, in Moose Jaw.  After many years manufacturing windows and doors, he decided to retire and get a hobby.  He began to collect vintage toys, traveling many miles and spending many hours on the internet searching for the toys he wanted.  He was a man who loved his family and spent many hours with them talking and playing games, especially with the grandchildren.  He will be sorely missed by all.

The family wishes to extend their appreciation to the staff of Moose Jaw Extendicare for the wonderful care given during the last few months.

In keeping with Alfred’s wishes, a Private Family Service will be held.  In lieu of flowers, donations in Alfred’s name may be made to the Heart and Stroke Foundation of Saskatchewan, Unit 26 – 1738 Quebec Ave, Saskatoon, SK S7K 1V9.  Arrangements are entrusted to Moose Jaw Funeral Home, 268 Mulberry Lane.  Gary McDowell, Funeral Director 306-693-4550