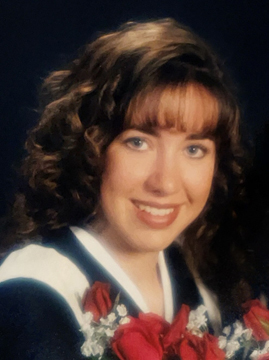 With family at her side, Heather Louise Surette went to be with Jesus on Wednesday, December 14th, 2022.  Heather was a wife to Dan, and a mom to Ruth, Bronwyn, Emmeline, Benjamin, and Liam; daughter to David and Grace Dahms; and sister to Jeff and Richard Dahms.  Born in Ottawa, Heather spent most of her early years in Ontario, but attended the University of New Brunswick to become a teacher.  There she met her husband who she later moved with to the Northwest Territories to teach kindergarten and grade one.  Eventually, she decided to homeschool and spent many mornings at the kitchen table where she taught and read to her kids.  Throughout her life, and especially in the past months, it was evident Heather taught those around her not only in literal lessons, but through her actions.  Even in her suffering, she continued to support her kids and was gracious and kind to those around her.  Heather was well loved, and she will be deeply missed and forever remembered by those who knew her.

The Funeral Service will be held on Monday, December 19th, 2022 at 11:00 a.m. in Moose Jaw Funeral Home.  Pastor Aaron Pilon will officiate and interment will take place in Sunset Cemetery.  Those not able to attend may view the service virtually by going to www.moosejawfuneralhome.com/webcast/.  Family and friends may pay their respects at visitations being held on Sunday, December 18th, 2022 from 7-8:30 p.m. at Moose Jaw Funeral Home, and on Monday before the service from 10-11:00 a.m.  As an expression of sympathy, donations in Heather’s name may be made to the Northern Canadian Evangelical Mission, PO Box 3030, Prince Albert, SK S6V 7V4. Arrangements are entrusted to Moose Jaw Funeral Home, 268 Mulberry Lane.  Andrew Pratt Funeral Director 306-693-4550