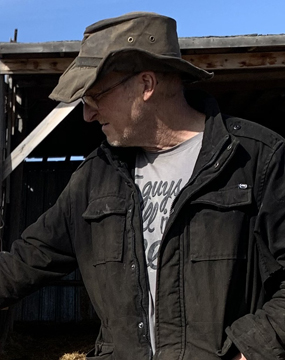 Ivar Alfred Songer, aged 59 years of Riverhurst, SK passed away on Monday, August 1st, 2022 after a courageous fight with cancer.  Ivar was born in Central Butte, SK on September 27th, 1962 and attended school in Riverhurst and Central Butte.  He farmed with his father and then purchased his own Semi Truck and drove for many companies, including Light Speed Logistics.  Ivar made many highway friends hauling all over North America.  He later came back to farm with his dad and they shared a love for the cattle.  Ivar’s other love was hunting.  It was always such a challenge to find that special deer and he would spend weeks trying to bring an animal home.  Ivar was diagnosed with cancer on August 30th, 2021 and fought a valiant fight till the end of his journey.  This past winter, his brother Danny helped with chores so Ivar could see the new crop of calves be born.  Ivar’s cancer eventually overpowered him and he was moved to Pioneer Lodge in Moose Jaw, SK where he passed away peacefully.

He was predeceased by his father, Angus in 2020.  Ivar will be lovingly remembered by his mother, Bea; brothers, Dwaine and Danny; son, Terrance; many nieces and nephews; as well as several amazing friends.

A Private Family Service will be held at a later date.  As an expression of sympathy, donations in Ivar’s name may be made to a charity of one’s choice.  Arrangements are entrusted to Moose Jaw Funeral Home, 268 Mulberry Lane.  Andrew Pratt Funeral Director 306-693-4550