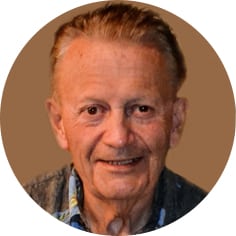 Robert “Bob” Alexander Smith, aged 71 years of Moose Jaw, SK passed away on Saturday, September 28th, 2019.  Bob was born on April 9th, 1948 in Moose Jaw, SK to parents, Alexander and Kathleen Smith.  He attended Alexander School and Peacock Collegiate in Moose Jaw before joining the Royal Canadian Navy, becoming an Aero Engine Technician and moving to Shearwater, Nova Scotia from 1965 – 1967.  In 1967, Bob returned to Moose Jaw to work as an orderly at the Providence Hospital. In 1990, he became Purchasing Agent of Materials Management at the hospital, moving later to Providence Place. He remained here until he retired in 2007 after 40 years.  In 1980, Bob married Darlene Millham and together they had 2 children, Kristy and Kevin. He enjoyed camping in his 5th Wheel Trailer and traveling.  He went to Mexico several times and in more recent years travelled to the Caribbean, took a Riverboat Cruise through Europe, toured through Southeast Asia including Thailand, Malasia, Singapore and China, as well as Bali and Indonesia.  Bob is survived by his wife of 39 ½ years, Darlene Smith; daughter, Kristy (Kris) Miazga and their children Reece and Alex; and son, Kevin Smith.  The family would like to thank the Pasqua Hospital, Regina General Hospital and Dr. F.H. Wigmore Regional Hospital for the care given to Bob.  In keeping with Bob’s wishes, a Private Family Graveside Service will be held.  As an expression of sympathy, donations in Bob’s name may be made to The Moose Jaw Humane Society, Box 1658 Station Main, Moose Jaw, SK S6H 7K7.  Arrangements are entrusted to Moose Jaw Funeral Home, 268 Mulberry Lane. Calvin Gammel, Funeral Director 306-693-4550.