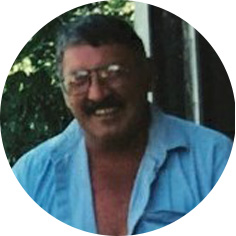 Melvin Garry Smith passed away peacefully at his home in Moose Jaw from natural causes, at 75 years of age.  Mel was born in Chaplin where he attended the public school to receive his education.  Early in his life he lived and worked in Central Butte before moving to Calgary in 1966.  Here Mel worked in the refrigeration industry for most of his life.  His jobs took him to homes in Calgary, Regina and Edmonton.  Mel moved back to Moose Jaw in 2008 to enjoy his retirement.  He was predeceased by his parents, Richard and Olga; son, Mark; brother, Ken; sister, Bev; nieces, Jody and Ashley and sister-in-law, Erva.  Melvin is survived by his brothers, Lloyd, Dennis (Lynn) and Glen (Helen); sisters, Val (Randy) and Ruth (Ed); son, Cory; grandchildren, Danielle, Dallas and Calvin; wife, Doreen; sister-in-law, Lil; brother-in-law, Jim; 21 nieces and nephews and many more extended family members.  Mel will be laid to rest at a later date yet to be determined, in Mountain View Cemetery in Calgary Alberta, where he will be rejoined with his son, Mark, parents, Richard and Olga and niece, Ashley.