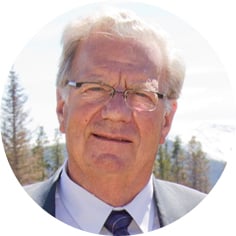 It is with deepest sorrow that we announce the sudden passing of James Edward “Jim” Smith (Schmidt), aged 77 years of Moose Jaw, Saskatchewan on Wednesday, October 16th, 2019.  On Highway One, while driving a tractor to the Pasqua farm, Jim was tragically killed as the result of a motor vehicle collision.

Jim leaves a lasting legacy.  Jim was born to Ed and Mary Smith on September 3rd, 1942 in Moose Jaw, SK.  He will be remembered as a humble, kind and gentle man who loved his family and farming with his dad and brothers.  From a young age, Jim demonstrated determination, perseverance and a sense of brotherhood. As a hard-working young lad, a paper route bought him his first bike.  He cherished his St. Louis College peers and his football days. As a young adult, Jim was a car enthusiast; cruising in style and also building the legendary go-cart that was initially created for his younger brother Rob.  Jim became an ironworker at a young age and balanced that while also building up the family farm with his brothers. Jack, Jim and Rob worked hard together and were meticulous and methodical about everything related to the farm.  The Smith Brothers were a team known for their knowledge, hard work, helping their neighbours and for being talented and inventive problem solvers.

Jim also had an adventurous and fun-loving spirit.  Stock car racer, Formula 1 enthusiast, Rider fan, and Harley rider, Jim was cool.  Go-carts, mini-bikes, skiing, windsurfing, camping, fishing and travelling were some of the adventures he shared with us.  The children cherished the Jasper and Sherwood Park visits where Jim would travel with Margie, who was his loving and constant companion for over twenty years.  Jim demonstrated endless devotion to his grandchildren and was their biggest fan.

Jim was a family man.  Supportive, kind, proud, generous and loving, we were all blessed to have been nurtured by him.  The efficient, quiet and gentle manner in which he went about his daily routines in an unhurried fashion, is to be aspired to.  His advice was always wise and timely. His warm smile, sense of humour and hugs will be forever missed.