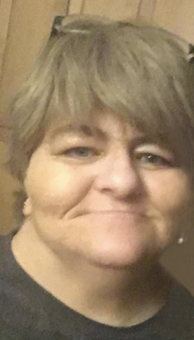 Annette Jane Sinnathambi (née: Morash), aged 53 years of Moose Jaw, SK passed away on Wednesday, July 7th, 2021.  Annette was born in Halifax, NS and began her schooling there.  She moved to Victoria, BC to complete her education and later came to Moose Jaw, where she has resided until her passing.  Annette enjoyed watching TV, especially older television shows.  She also liked to hang out with her friends and niece Brittany, and talking on the phone with her mother.

She was predeceased by her brother, Patrick; and uncle, Grant.  Annette will be lovingly remembered by her mother, Jane; stepfather, Garth; sisters: Crystal (Gary), Candice (Josh), and Chiffon; nieces and nephews: Brittany, Justin, Ki-Lynn, Courtney, Ethan and Gabriel; as well as numerous other relatives.

In keeping with Annette’s wishes, a Private Family Service will be held.  Flowers are gratefully declined.  As an expression of sympathy, donations in Annette’s name may be made to the Canadian Mental Health Association, 2702 12th Avenue, Regina, SK S4T 1J2.  Arrangements are entrusted to Moose Jaw Funeral Home, 268 Mulberry Lane.  Todd Sjoberg, Funeral Director 306-693-4550