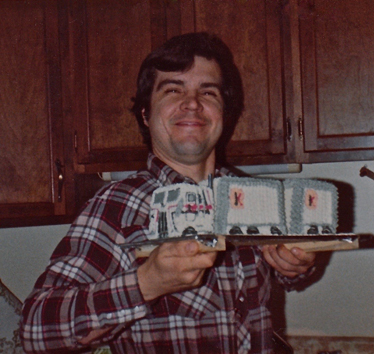 Donald Dennis Shaw, aged 68 years of Moose Jaw, SK passed away on Friday, March 18th, 2022.  Don was born in Whitewood, SK and moved to Moose Jaw in the late 1950’s, where he received his education.  He married Diane Lowe on July 7th, 1973 and together they raised two children.  Don was known as “Diesel Don” and drove transport trucks until his medical retirement in 2015.  He was always the life of the party and lived it at full throttle.  He was a great story teller and could always put a smile on people’s faces.  When Don was at the wheel of his truck, he was the King of the Road.  He worked hard to support his family, was a very proud man – he was as tough as nails.

He was predeceased by his parents, Dennis and Katherine; and brother-in-law, Laurie Pearson.  Don will be lovingly remembered by his wife of 49 years, Diane; son, Myles; daughter, Angela (Brent); his grandsons that he was extremely proud of: Daulton, Dallas, Blaze, and Brock; sisters, Sharon (Lyle) Nicolson and Delores Pearson; sisters-in-law, Doreen (Al) Gunn and Darlene (Dan) Railton; brother-in-law, Dale Lowe; aunt, Eleanor Wolfe; as well as numerous nieces, nephews, and cousins.

A Private Family Service will be held at a later date.  Flowers are gratefully declined.  As an expression of sympathy, donations in Don’s name may be made to The Moose Jaw Humane Society, Box 1658 Station Main, Moose Jaw, SK S6H 7K7. Arrangements are entrusted to Moose Jaw Funeral Home, 268 Mulberry Lane.  Todd Sjoberg, Funeral Director 306-693-4550