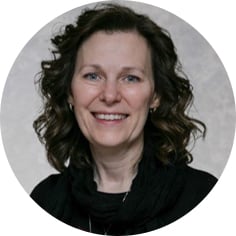 After a courageous battle with ALS, Monique Sereda went to meet her Lord and Saviour Jesus Christ on Monday, January 13th, 2020 in Moose Jaw, SK.  Monique was born on October 27th, 1968 in Swift Current, SK.

As a young girl, Monique loved figure skating, playing piano, singing, and biking.  She played fastball and slo-pitch. She spent her summers at various Bible camps which led to her lifelong love of camping with family.

Her early school years were in Main Centre, SK followed by high school in Herbert, SK and two years in Caronport, SK at Briercrest Bible College.  Monique later toured with a singing group associated with Briercrest. After four years at the University of Saskatchewan in Saskatoon, SK, Monique convocated with a Bachelor of Education.  She then began teaching elementary school at Bienfait, Macoun, and Estevan, SK. She loved teaching and cared deeply about her students.

Monique met the love of her life, Dave Sereda, in Estevan.  They married in Swift Current and eventually moved to Moose Jaw.

In recent years, Monique worked as a substitute teacher and performed data entry for Moose Jaw & District EMS, where she enjoyed the camaraderie and support of the staff.

She loved to travel, notably going to Austria with a missions group in her twenties, and later travelling to Haiti twice on medical missions with Dave.

Until her illness, Monique rarely missed a family occasion or event.  Her enduring faith, unwavering strength, and incredible love for family and friends have been an inspiration to all who knew her.

The family is grateful for the healthcare workers who provided exceptional care for Monique, and asks that in lieu of flowers, a donation be made to a charity of one’s choice.