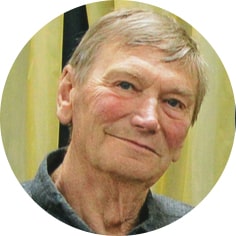 William (Wild Bill) Albert Seida passed away peacefully on Wednesday, February 26th, 2020 at the age of 72 years, with his devoted family by his side.  Bill was born on August 16th, 1947 in Moose Jaw, SK and was the oldest of five children born to Albert and Gladys Seida.  He was predeceased by his parents; father-in-law, Ben Holness and brothers-in-law, Wayne Holness and Ralph Petroschuk.  Bill is survived by the love of his life for 53 years, Linda; son, Darren (Edna) Seida; daughter, Shannon (Blaine) Miller; his most loved hunting buddy and side kick, his son Ryan Seida; grandchildren: Brendan, Jordan and Gavin Seida, and Caitlin and Hannah Miller; siblings: Steve (Lynn), Bonnie (Gary), Wally (Norine), and J.R.; sister-in-law, Lorraine Petroschuk; and mother-in-law, Helen Holness.  Bill was proud of his 42 1/2 years at Mosaic and cherished memories of his working days, as well as all his friends and co-workers. He loved to watch his kids when they were young playing sports, and later enjoyed watching his grandchildren’s sporting events.  He was their biggest “FAN”. Bill loved bird and deer hunting with his best buddy, partner and son Ryan. His favorite quote for family was “It’s only illegal if you get caught”. He raised racing pigeons in his younger years and was a member of the Moose Jaw Racing Pigeon Club; he was the Perennial champion for many years.  When Linda and Bill moved to the farm he started raising sheep and goats, which he did with his usual go for it all attitude. Bill was the most loving husband, father, grandfather and friend. He will be deeply missed but never forgotten by all those who loved and cared for him. Thank you to the Caronport Fire Department and the first responders who were there so quickly, Stars Air Ambulance, Emergency Room doctors and nurses at the Dr. F.H. Wigmore Regional Hospital in Moose Jaw, and the most wonderful nurses and doctors at the SICU Unit at the Regina General Hospital.  Your kindness and support to Bill and all of the rest of his family was so very much appreciated. A Celebration of Bill’s Life will be held on Saturday, March 7th, 2020 from 3:30 – 5:30 p.m. in the Harvey Room at Moose Jaw Funeral Home.  As an expression of sympathy, donations in Bill’s name may be made to The Canadian Diabetes Association, 917A Albert St, Regina, SK S4R 2P6.  Arrangements are entrusted to Moose Jaw Funeral Home, 268 Mulberry Lane. James Murdock, Funeral Director 306-693-4550.