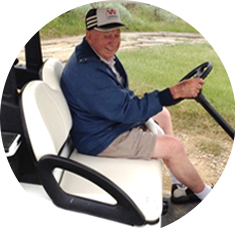 Leonard Anthony Schmidt, aged 86 years of Palliser Park, SK passed away peacefully on Wednesday, December 23rd, 2020.  He was predeceased by his parents, Martin and Helen Schmidt; wife, Patricia; stepson, Todd Williams; brothers: Mike, Roy, Danny, Martin, and Frank; and sisters: Rose Kalachuk, Barbara Kraus, Julie Petrescue, Magdalena Nasea and Teresa Nasea.  Leonard is survived by his sister, Helen (Roy) Currie; children: Shelley, Bev (John) Lorencz – grandchild Kyle (Kristen), Darren (LeeAnne) – grandchildren Danielle and Samantha, great-grandchildren Jamie and Alyxis; and Jodi (Terry) Casper; stepdaughter, Lana; as well as numerous nieces and nephews.  Leonard worked at Queen City Cleaners for many years until he secured a position as Firefighter in September of 1958, from which he retired in October of 1989.  Leonard was an individual who lived life to the fullest.  He loved golfing, fishing, dancing, hunting, and sports.  He was a man who made many friends throughout his life and cherished those friendships.  He was an iconic individual who will be missed greatly by both his friends and family.  A Celebration of Leonard’s Life will be held at a later date with friends and family.  Arrangements are entrusted to Moose Jaw Funeral Home, 268 Mulberry Lane.  Andrew Pratt Funeral Director 306-693-4550