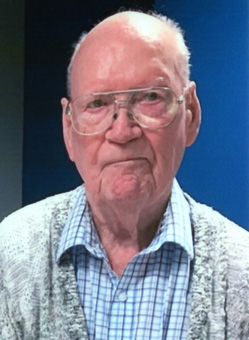 It is with great sadness that we announce the passing of Gene Nelson Rudeen on Saturday, April 24th, 2021 at the age of 94 years.  Gene was born on July 13th, 1926 in Moose Jaw, SK.  He started farming in 1946, later taking over the family farm north of Parkbeg, SK.  Very early into his farming career, he met and married his beloved wife Irene.  They were married for 66 years.  Gene will be greatly missed by his wife, Irene; children, Lorraine and Terry (Line); grandchildren: Scott (Amanda), Michael, Nicolas and Sabrina; as well as his great-grandson, Hunter.  He will also be missed by his brother and best friend, Alan (Ted) Rudeen, sister, Florence Monteith; sisters-in-law, Bertha and Frieda Reisdorf; as well as numerous nieces and nephews.

In 1973, Gene and Irene moved to Mortlach, SK where they resided until moving to Moose Jaw in 2003.  During his time in Mortlach, Gene was very involved in community affairs and was a Councillor from 1976 to 1980, later becoming Mayor from 1981 to 1992.  While living in Moose Jaw, Gene especially enjoyed visiting with all his friends and even had a designated chair in the lobby for visiting with his neighbours.

Due to restrictions regarding the current health situation, a Private Family Service will be held.  Friends and Family are invited to view the Celebration of Gene’s Life virtually on Saturday, May 1st, 2021 at 2:00 p.m. by going to www.moosejawfuneralhome.com/webcast/.  As an expression of sympathy, donations in Gene’s name may be made to the Moose Jaw Health Foundation, 55 Diefenbaker Drive, Moose Jaw, SK S6J 0C2.  Arrangements are entrusted to Moose Jaw Funeral Home, 268 Mulberry Lane.  James Murdock, Funeral Director 306-693-4550