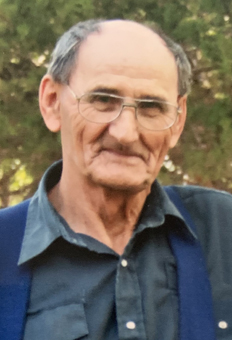 The family of Arnold “Jack” Edwin Roemer are saddened to announce his peaceful passing on Wednesday, February 9th, 2022 after a brief two day stay at the Dr. F.H. Wigmore Regional Hospital in Moose Jaw, SK, at the age of 87 years, with his loving wife Marjorie and stepson Kevin by his bedside.

Jack was not one to show affection easily but if he thought you needed it, he would give the shirt off his back to help you.  He was a carpenter by trade and worked on many buildings in Moose Jaw, including Temple Towers, Victoria Towers and High Park Towers to name a few.  He loved wood working and his birdhouses found homes from BC to Ontario and everywhere in between.  He had a very strong work ethic and took pride in his projects.

In keeping with Jack’s wishes a private celebration of his life will be held at a later date.  As an expression of sympathy, donations in Jack’s name may be made to Cystic Fibrosis, PO Box 721, Regina, SK S4P 3A8 or to a charity of one’s choice.  Arrangements are entrusted to Moose Jaw Funeral Home, 268 Mulberry Lane.  Andrew Pratt Funeral Director 306-693-4550