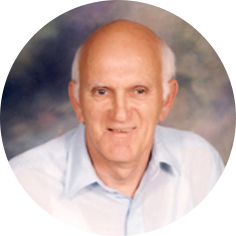 Ron Lyle Richardson born on March 27th, 1930 in Vancouver, B.C., passed away peacefully on March 21st, 2008 at the Moose Jaw Union Hospital. The Funeral Service will be held on Friday, March 28th, 2008 at 2:00 p.m. in the Moose Jaw Funeral Home with Pastor Larry Hasmatali officiating. For those so wishing to attend a Memorial Service will be held in Calgary, Monday, March 31st, 2008 at 1:00 p.m. at the Parkridge Estates Community Hall, 222 Burroughs Circle N.E., Calgary, Alta. He will be sadly missed by his family, friends and loving wife Victoria (nee Twigger) Richardson. They raised a family of four children in North Burnaby, B.C. Ron was predeceased by his parents John Morley Richardson and Winnifred Richardson Freston, step-father Ray Freston, and oldest daughter Carol of Prince Albert, Sask. He is survived by his son Larry (Darcie) their daughter Katrina (Derrick) Crump of Calgary, Alta.; daughter Darlene (Terry) Hallett of Chamberlain, Sask., their sons Jonathon (Crystal) Masri of Calgary and their family, Cory (Karyn) Hallett and family from Regina, Sask., Nathan McGraw, Peter Nueghamagen and daughters Tehra, Leah Hallet of Northern Saskatchewan; son Martin (Melanie) their sons Lyle (Justine) and family, Trevor (Meagan) and their family, Eric, Ryan Brabanger and daughter Elly; Carol’s children Brandon (Tammy) Richardson and family of Moose Jaw, LeaAnn (fiancé Chris) and family of Brandon, Man., Karla (Jason) Hook and family of Regina, Sask. He is also survived by a sister Joan Rivett of Squamish, B.C.; nieces Judy Rivett and Linda Brown and their families; and a large extended family. Ron, Vicky and Martin moved to Calgary and built a home at Chestermere Lake. Dad opened the first Co-op Prefab Plant. Until his retirement he was a volunteer fireman and building inspector at Chestermere. They later moved to Parkridge Estates. In January of 2007 mom and dad moved to Moose Jaw and lived at Mulberry Estates for six months and then bought a home in Moose Jaw. We would like to thank everyone who cared for Dad at the Union Hospital, Pioneer Lodge, Extendicare and Home Care staff. A special thanks to George for all his kindness to Dad. Ron will be remembered for his loving ways, sense of humour, kindness and helpfulness in whatever one needed and dancing of course. For those so wishing donations may be made in Ron’s name to the Alzheimer Association of Saskatchewan, #301 2550 12th Ave., Regina, Sask. S4P 3X1 or the Saskatchewan Parkinson’s Disease Foundation, 108B 3502 Taylor St. East, Saskatoon, Sask. S7H 5H9.