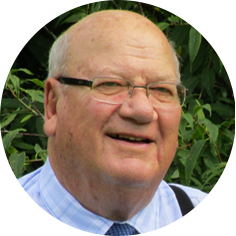 Kenneth Franklin Richardson passed away on Friday, August 7th, 2020 at the age of 87 years.  Ken was born February 12th, 1933 in rural Dauphin, Manitoba to Harold and Myrtle Richardson.  Growing up, he attended Dauphin Plains School, and was active in farming and the 4H club.  On August 25th, 1956, Ken married his childhood sweetheart, Diana Elizabeth Kostiew.  In the ensuing years, they were blessed with three sons: David, Glenn, and Gerald.  A family man, he loved nothing more than spending time at his cabin at Buffalo Pound Lake with his grandchildren.  Over thirty years, what started as a camp trailer developed into a summertime family home.  Ken and his wife Diana were very adventurous, travelling to Australia, Venezuela, the Carribean, Hawaii, and Europe.  They spent many winters in Mazatlan, Mexico and explored many parts of Canada and the U.S. in their R.V., including both West and East Coasts, and Alaska.

Ken’s work as a manager with MacLeods brought him to many different communities, including Kenora, Ontario, Swan River, Manitoba, Turtleford, Meadow Lake, and finally Moose Jaw, Saskatchewan.  He retired in 1997 after sixteen years at the SIAST Palliser Campus.  While he lived in many places throughout his life, he was always very involved in the community including the Lions Club, Minor Baseball, Boy Scouts, Air Cadets, Good Sams’ Camping Club, Saskatchewan Wildlife, Nature Moose Jaw, the Cardiaction Group, and served on the board of the Rosewood Housing Co-op.

He was predeceased by his parents; brothers: Leonard, Lloyd, Jack, Jim and Gordon; and sister, Alice McLean.  Ken will be lovingly remembered by his wife, Diana; sons: Dave (Kate), Glenn (Faye), and Jerry (Cathy); grandchildren: Carrie (Dan), Jordie, Austin, Emily, and Bryan; numerous family members; and all the wonderful friends he made over the years.  Due to COVID-19 restrictions, a Private Family Service will be held.  Flowers are gratefully declined.  Those so wishing may make a donation in Ken’s name to a charity of your choice.  Arrangements are entrusted to Moose Jaw Funeral Home, 268 Mulberry Lane.  Gary McDowell, Funeral Director 306-693-4550