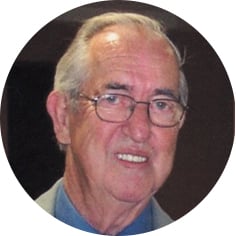 It is with great sadness that we announce the passing of Hubert (Herb) Rasmussen on Saturday, June 8th, 2019 at the age of 85 years.  Herb was born in Canwood, SK to Rabina and Sophius Rasmussen.  He was the youngest of 9 children. After his schooling, Herb joined the Armed Forces in 1954 in Infantry, then in 1962 Herb became a Paratrooper, followed in 1973 as an Aircraft Safety Technician.  Along the way Herb met Catherine Dean, the first love of his life, and they were married in 1959. A year later they had their son Ronald. After his military career, Herb started his own business of “Herb’s Bobcat”.  He loved helping people so this job was right up his alley. After Kay’s passing, Herb met the second love of his life, Mary Allen, and together they spent 27 years travelling, going to casinos, spending time with friends, and always being grandpa and grandma to the grandchildren.  Herb was a real outdoorsman, enjoying hunting and fishing and anything that took him outside. There was nothing Herb could not put together, fix or sew for you. Anything that was asked of him, he would do with a smile. Even when he wasn’t asked, he would appear to help. Herb was a true handyman, a jack of all trades, a master of all.  He was predeceased by his first wife, Kay in 1990; son, Ronald in 1997; brother and sisters: Violet, Cecil, Henry, Clifford, Floyd, Leonard, Ethel, and Julius. Herb leaves to mourn, his grandchildren: Sam (Richard), Sabrina (Steve), Summer (Joe), Rece, Kolton and Francisca (Chris); 13 great-grandchildren and great-great-granddaughter; sister, Erna; as well as many other family members.  The family would like to thank the nursing staff at the Dr. F.H Wigmore Regional Hospital for giving great care and thoughtfulness to Herb, and special thanks to Rece for never leaving Herb’s side from the time he entered the hospital until his passing. In keeping with Herb’s wishes, a Private Family Service will be held.  Arrangements are entrusted to Moose Jaw Funeral Home, 268 Mulberry Lane.  James Murdock, Funeral Director 306-693-4550.