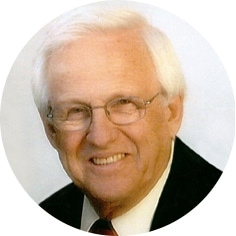 It is with profound sadness that we announce the passing of our beloved father and dear friend.  Carl passed away suddenly on Monday, January 14th, 2019 at the Dr. F.H. Wigmore Regional Hospital in Moose Jaw, SK.  Carl was predeceased by his wife, Anne; son, Brian; parents, Frederick andElsie; and sisters, Alma Timbers and Irene Bacon.  Carl will be lovingly remembered and dearly missed by his sons: Dale(Laurie) and their daughters Allison and Nicole; Evan (Corinne) and their son Landon; Terry (Cathy) and their daughters Caitlyn and Meghan; granddaughter, Risa (Derrick); great–grandchildren, Blayke and Cooper; grandson, Jeremy (Kerry); as well as his loving caregivers, Lita Genilazo and Marivic Alfonso.  He will also be greatly missed by his brother, Ken; sister-in-law, Mary McCready; many nieces and nephews; plus many, many friends.  Carl migrated west from Stouffville, Ontario as a teenager along with six friends.  In 1954 he married the love of his life, Anne Skarpinsky in Moose Jaw. Anne and Carl made their home in Moose Jaw, Pangman, Assiniboia, and finally back in Moose Jaw.  Where ever they lived, theymade great friends, had many good times, and lasting memories. Carl was involved in numerous business ventures over the years, many of them very successful.  From construction laborer to entrepreneur, nomatter what the venture was, he always saw a way to achieve beyond what others thought was possible.  Some of his businesses include – Inland Construction, Leeville Construction, Frontier Construction, Cardinal Construction, Dura Structures, and Home Hardware.  In addition to his business ventures, he had multiple real estate developments and holdings throughout western Canada.  From hospitals to schools, his companies had a hand in constructing many of the legacy buildings in southern Saskatchewan and Alberta.  Above all, he valued most his business partners who became life-long friends.  Carl was passionate about giving back to the community.  He served in civic politics for 25 years, of which 16 years were as Mayor of Assiniboia.  He served as both Kinsmen District Deputy Governor and President of the Kinsmen Club in Assiniboia.  He served on a number of corporate boards as well as community boards, primarily in the health service sector.  In 1992, his achievements were recognized by the government of Canada when he was awarded with a Commemorative Medal in recognition of significant contribution to compatriots, community and to Canada.  Carl loved to entertain, so much so that he built a patio and garage designed around his barbecue.  The Pilkey door was always open and all were welcomed. Carl was an avid Roughrider fan, a 47 year season ticket holder, and attended several Grey Cups with family and friends.  Carl loved to fish, both for the sport and maybe more so, for the camaraderie.  He went west coast deep-sea fishing annually, and more frequently to his favorite Saskatchewan fishing holes, Waskesiu and Dore Lake.  He loved to travel and live life to thefullest.  His love for travel was evident as he frequently traveled throughout Canada, the US, and the world.  Right up to his last day he was planning his travel itinerary for the upcoming year.  A Celebration of Carl’s Life will be held on Monday, January 21st, 2019 at 1:00 p.m. at the Hillcrest Church, 1550 Main St N, Moose Jaw, SK.  Pastor Barry Taylor will officiate and interment will take place at Rosedale Cemetery.  A Visitation for Family and Friends will be held on Sunday, January 20th, 2019 from 2:00 p.m. to 4:00 p.m. atthe Moose Jaw Funeral Home.  In lieu of flowers, donations in Carl’s name may be made to the Heart and Stroke Foundation of Sask, 2360-2nd Ave, Regina, SK S4R 1A6, or STARS Air Ambulance, 1441 Aviation Park NE, Box 570, Calgary, AB T2E 8M7 https://foundation.stars.ca/SK-donatenow. Arrangements are entrusted to Moose Jaw Funeral Home, 268 Mulberry Lane.  James Murdock, Funeral Director 306-693-4550

Leave a Reply to Barry and Sherry Quam Cancel reply