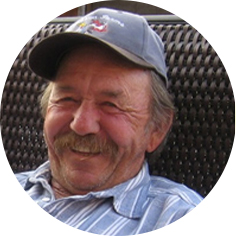 Ralph Petroschuk passed away peacefully at home with his family by his side on Tuesday, August 26th, 2008 at the age of 63 years. The Memorial Service will be held on Friday, August 29th, 2008 at 2:00 p.m. in the Moose Jaw Funeral Home. Pastor Bill Thomson of Trinity United Church will officiate. Ralph worked for the City of Moose Jaw for 37 years and retired in 2006 as foreman of Streets and Roads.