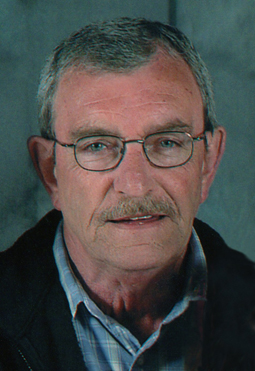 It is with great sadness that we announce the passing of James “Jim” Archibald Petrie, aged 80 years of Moose Jaw, SK on Sunday, February 27th, 2022.  Jim was born in Scotland in October of 1941 and came to Canada with his parents and brothers when he was 14 years old.  They lived in Winnipeg, MB for some time before moving to Saskatoon, SK, where he met and married Nettie Froese.  Jim and Nettie were married for 35 years.  Jim worked for years as a grain inspector in Moose Jaw until his retirement.  He loved playing golf and in later years he watched golf on TV, as well as tennis and games shows.  Jim was also known for his singing ability in his younger years.

He was predeceased by his parents, Phillip and Margaret; and wife, Nettie.  Jim will be lovingly remembered by his son, Douglas Buffie; step-children: Wesley Mernickle, Debbie Bradley, and Lee (Fred) Budau; 6 grandchildren and 4 great-grandchildren; brothers, Alistair (Marie) and Bill (Meg); as well as 14 nieces and nephews.

A Private Family Service will be held at a later date.  As an expression of sympathy, donations in Jim’s name may be made to The Moose Jaw Humane Society, Box 1658 Station Main, Moose Jaw, SK S6H 7K7.  Arrangements are entrusted to Moose Jaw Funeral Home, 268 Mulberry Lane.  Todd Sjoberg, Funeral Director 306-693-4550