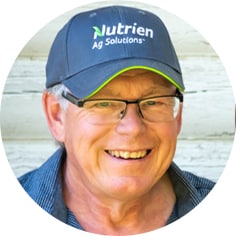 With heavy hearts we are announcing the passing of Larry Peterson of Central Butte, Saskatchewan after a short but valiant battle with a lung infection.  He was predeceased by his father, Claire Peterson and his grandson, Konnor Peterson. Larry is survived by his wife of 36 years, Lisa; sons: Ryan (Audra) and their children Kohen, Kolbi, Kolten and Kortni; Cody (Chelsea) and their children Gage, Easton and Daxtyn; Kyle (Ashlee) and their son Lincoln; mother, Myrna Peterson; brother, Terry (Kim) and their children Nathan and his son Soren, Amber (Kelly) and their daughter Graylyn; Lisa’s parents, Alan and Donna Stockman; and Lisa’s brother, Todd (Joanne) and their children Jesse and Lara.

The Peterson’s would like to thank the community of Central Butte, their friends and family for their support during this difficult time.  They would also like to thank the Dr. F.H. Wigmore Regional Hospital in Moose Jaw, STARS Air Ambulance, and the MICU nurses, doctors and staff who provided the outstanding care and concern for Larry while he was in the Regina General Hospital.