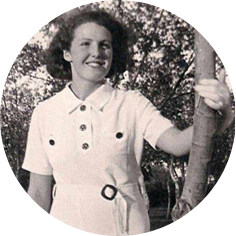 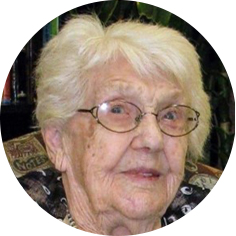 It is with great sadness that our family shares the news of the passing of our Mother, grandmother, great-grandmother, and great-great-grandmother, Phyllis Jane Peterman (née: Drake).  Phyllis was born September 13th, 1916 at Southport, England and passed away at Extendicare in Moose Jaw, SK on Tuesday, July 14th, 2020, two months short of 104 years.

When Phyllis was thirteen, she came by boat with her parents and siblings.  Her family first farmed at Eskbank, SK but it was the “Dirty Thirties” and her Dad took a job in Assiniboia, SK.  Phyllis worked two summers at Kenosee Lake, SK then did housework at various places and eventually worked for her future mother-in-law, where she met Milton.  They married on October 26th, 1938 and settled south of Mawer, SK.  They farmed and trucked until 1950 when they bought the General Store in Darmody, SK.  Phyllis helped run the store and service station, ran the Post Office, and raised six kids.

In 1967 they closed the store and moved to Moose Jaw where they had already purchased a house earlier.  She rented the basement to STI students.  Phyllis played bingo, bowled, gardened and cut her own lawn until she was 90 in 2006.  We then talked her into moving to Chateau St Michael where she stayed until she was 98 in 2014, and then moved to Extendicare until she passed 6 years later.

We would like to thank Extendicare for the wonderful care given to her over the last 6 years.  Special thanks to Mom’s nurses and care-aides, too many names to mention.  Due to the current health situation, a Private Family Service will be held.  Arrangements are entrusted to Moose Jaw Funeral Home, 268 Mulberry Lane.  James Murdock, Funeral Director 306-693-4550