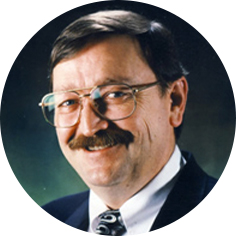 On May 2nd, 2008, following a sudden stroke, Leo passed away peacefully in Bangkok Hospital. Leo was born in Val Marie, Saskatchewan on December 2nd, 1955 to parents Jeanne and John Perrault. Having attended school in Saskatchewan Leo soon moved out to Alberta with his wife Anita, where he worked in the oil industry most of his life. In Alberta Leo and Anita had two sons, Dallin and Dustin. Leo had an excellence for his life and his work, and always rose to the top of his field in any area he pursued. Leo was a devoted husband and father who loved his wife and children dearly. Leo became the local expert with not only work, but also received high respect and appreciation for his volunteer work with the Fire Department and Ambulance Service in Swan Hill, Alberta. Anyone who worked for Leo or with Leo soon developed a great respect for his positive attitude, his high work standards and the many protégés he took under his wing and who loved him like a father. As Leo further excelled in his work, he was offered jobs worldwide as an expert and through his work took his family to live in Singapore and Jakarta, Indonesia, where as a family, they learned about new cultures and explored the world together. The last three years of his life, Leo and Anita lived in Thailand. Though coming to Thailand to enjoy an early retirement, Leo soon bought land and started a housing project to keep him busy. He always said “my worst days in Thailand are still some of the best days of my life.” Leo will be sadly missed by all who knew and loved him, leaving to mourn people throughout the world whose lives Leo had touched. Leo is predeceased by his father, John Perrault, and sister Alice Lee (Mike). Leo will be forever remembered and loved by his family, wife Anita, sons Dallin and Dustin, mother Jeanne Perrault-Peltier (Oliver), sister Adele Bono (Joe), and brother Johnny Perrault (Judy) and numerous other relatives. A Memorial Service will be held on Friday, May 16th, 2008 at 2:00 p.m. in the Moose Jaw Funeral Home with Father Job Addai officiating. For those so wishing donations may be made in Leo’s name to the Heart & Stroke Foundation of Sask., 279 3rd Ave. N., Saskatoon, Sk., S7K 2H8