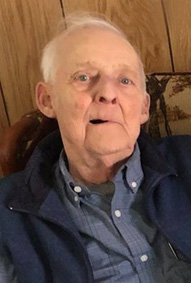 It is with great sadness that we announce the passing of our beloved husband, father, grandfather and great-grandfather, Emil Herman Pakula on Thursday, April 15th, 2021 at the age of 91 years.

Emil was born near Killdeer, Saskatchewan on July 27th, 1929 to Barbara (Rigetti) and Otto Pakula.  He was one of seven children.  In his younger years he custom combined from Texas to Saskatchewan before settling down in Moose Jaw, where he married his beautiful wife Ruby (Kober) on August 4th, 1951 at a triple wedding.  Together they raised their son Mark.  He spent the majority of his career at Paterson Motors, then continued on to Moose Jaw Housing where he retired from.

Emil enjoyed playing darts and social gatherings.  In his retirement he enjoyed going for coffee, completing word search puzzles and shared a passion for gardening with his wife.  He took great pride in keeping the garden maintained for everyone to enjoy, especially his granddaughters who would sneak in and steal samples.  He kept busy as well driving taxi and attending baseball games at Memorial and Roswell’s Park.

A Private Family Service will be held at a later date.  Flowers are gratefully declined.  As an expression of sympathy, donations in Emil’s name may be made to the Salvation Army, 175 – 1st Ave NE, Moose Jaw, SK S6H 0Y9.  Arrangements are entrusted to Moose Jaw Funeral Home, 268 Mulberry Lane.  Todd Sjoberg, Funeral Director 306-693-4550