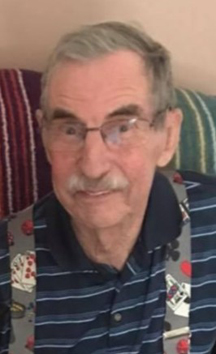 Roy Clifford Page, aged 78 years of Moose Jaw, SK passed away peacefully at his home on Thursday, March 3rd, 2022.  Roy grew up on a farm just outside of Mullingar, SK.  He married Elizabeth (Betty) Giesbrecht and together they had two children before moving to North Battleford, SK.  Roy drove coach bus and school bus for most of his life, but really enjoyed driving the North Battleford hockey teams all over the province.  He enjoyed having coffee at Tim Hortons where he could sit and talk to his fellow drivers.  Shortly after Betty passed away, Roy moved to Moose Jaw to be closer to his son Patrick and his family.  He was always excited to attend Moose Jaw Warriors hockey games with Patrick, Gwen and Sophia.