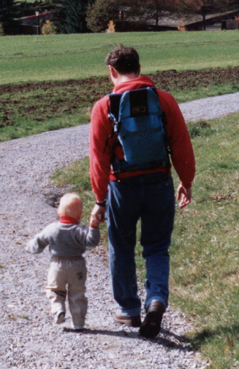 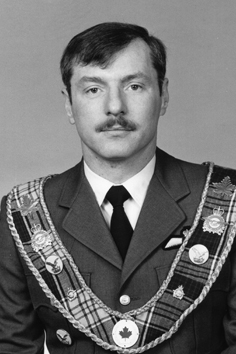 It is with the heaviest of hearts that we announce the sudden passing of Donald A. Nicks, aged 69 years of Moose Jaw, SK on Thursday, March 31st, 2022.

Don had a long and satisfying career in the Armed Forces.  Initially, he began this with a stint in the army serving with The Royal Westminster Regiment.  After a time, he decided to follow in his father’s footsteps and went into the air force.  It was here where he truly hit his stride.  Thirty six years of duty, all over this country and into others, Don developed a reputation and a legacy.  He was always that person who could bring forth the most interesting pieces of trivia and he possessed a veritable encyclopedia of knowledge on a wide variety of subjects.

A pilot, a teacher, an author, a goaltender, a historian, a husband, and a father, Don was a man who touched everyone he met.  Always a reliable friend with a great sense of humor, he could often be spotted at Warrior games wearing one of his myriad of jerseys and his jester hat.  He could also be spotted out and about in one of his treasured Volkswagens, usually showing off his ’59 Beetle in the summer months.

He was predeceased by his father, Alvin; mother, Helen; and brother, Robert.  Don will be lovingly remembered by his wife of forty one years, Wanda; and his son, Drew.  In addition, he will be lovingly remembered by his brothers: Gerry, Fred, and Ken; alongside nieces, nephews, cousins, aunts, and every other person Don had in his life.  The world has lost a great spirit and a very gentle soul.

A Memorial Service will be held at a time to be announced.  In lieu of flowers, donations may be made in Don’s memory to The Moose Jaw Humane Society, Box 1658 Station Main, Moose Jaw, SK S6H 7K7.  Arrangements are entrusted to Moose Jaw Funeral Home, 268 Mulberry Lane.  Todd Sjoberg, Funeral Director 306-693-4550