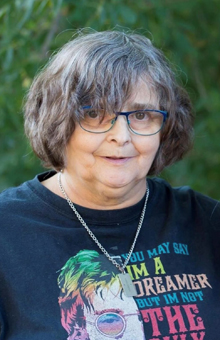 It is with heavy hearts that we announce the passing of Doris Lavina Nelson (Lynn) on Saturday, October 16th, 2021 at 72 years young.  Doris, or Lynn as she liked to be called, was born in Moose Jaw, Saskatchewan at the Moose Jaw Union Hospital on March 5th, 1949 to her parents, William Andrew Smith and Joyce Smith.  She was an army brat and moved around a lot.  In May of 1958, Lynn travelled from Montreal, Canada to Liverpool, United Kingdom on the Empress of England cruise ship and spent the majority of her childhood there.  She married her 1st husband and had 2 daughters, Samantha and Joanne.  Later on in life she would meet her 2nd husband, Mike Warburton and had 2 more children, Michael and Jennifer.  Lynn worked doing school meals at Tottington South Elementary School for a number of years.  On March 5th, 1982, she came back to Moose Jaw where she and her husband Mike opened Busy Bee Daycare and she loved all the children she took care of through the years.  Once the daycare closed she pursued hairdressing and attended the Hair Design Academy in Moose Jaw.  During this time you never knew what color her hair would be or if she’d even have hair at the end of the day.  She also worked as a Care Aide at Moose Jaw Extendicare and Home Care.  In 1987, Lynn moved to Hamilton, Ontario where she worked for a number of years as a waitress for Sam’s Café and a housekeeper for Journeys End.  On October 31st, 1999 she met her 3rd husband and love of her life, Les Nelson.  From the moment they laid eyes on each other they knew that this was it, they were going to be together till the end of time.  Six weeks later on Dec 11th, 1999 in Mount Morris, Michigan, they were married and spent the next 22 years loving each other unconditionally.  During her time there she worked as a cashier at Farmer Jack’s.  They would eventually move to Minot, North Dakota where she was a housewife.  During 2005-2006 they moved back to Moose Jaw and Lynn worked as a cashier at Superstore. Lynn had a heart of gold and loved everyone.  She enjoyed talking and telling stories about her children and grandchildren, who she was so proud of and made sure that everyone she met knew it.  She attended every football game, soccer game and basketball game her grandchildren played and watched them grow, and loved them all so much.  Everyone who had the privilege of knowing her loved her and she will be greatly missed by all.

A Celebration of Lynn’s Life will be held on December 19th, 2021 and details will be provided at a later date.  Arrangements are entrusted to Moose Jaw Funeral Home, 268 Mulberry Lane.  Andrew Pratt, Funeral Director 306-693-4550