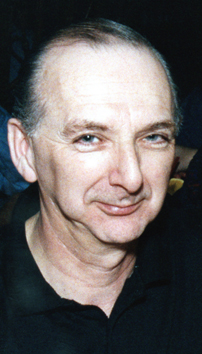 Allie Louis Moses, aged 83 years of Moose Jaw, SK passed away on Friday, March 4th, 2022.  Allie was born in Regina, SK.  He worked at various jobs in Saskatchewan and Alberta before moving to Moose Jaw, where he was employed at CP Rail as a Carman.  Some of Allie’s favourite memories are picking fruit with his dad and brother in the Okanagan.  Allie married Rosemary Laraway in Edmonton, AB on December 27th, 1968.  They had two children and were very involved in the raising of their grandchildren.  Allie enjoyed fishing with his son and playing billiards.  He also loved his early morning coffee and his walks with is dog Shadow.

He was predeceased by his wife, Rosemary; and daughter, Penny.  Allie will be lovingly remembered by his son, Joseph; and grandchildren: Kalem, Jacob, and Kiesha.

A Private Family Service will be held at a later date.  As an expression of sympathy, donations in Allie’s name may be made to The Moose Jaw Humane Society, Box 1658 Station Main, Moose Jaw, SK S6H 7K7.  Arrangements are entrusted to Moose Jaw Funeral Home, 268 Mulberry Lane.  Todd Sjoberg, Funeral Director 306-693-4550