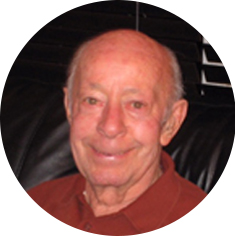 It is with great sadness that our family announces the passing of Ralph Kenneth Moore of Regina, SK on Tuesday, November 29th, 2016.  Ralph was born to George and Leola Moore (Triggs) in Tugaske, SK on October 10th, 1925.  He married Phyllis Wagner in 1943.  Ralph then served as a navigator in the Canadian Air Force, stationed in England and Scotland until 1945.  He returned to Saskatchewan to work in the family hardware store until he took up farming.  Ralph farmed until he and Phyllis retired to Moose Jaw in 1991.  In 2002 they moved to Regina.  Ralph was a member of the Legion for 73 years.  He was proud of being from Tugaske and served terms as a councillor and as the Mayor.  He enjoyed curling, golfing, playing bridge and spending premium time with his grandchildren.  Ralph will be greatly missed by his wife, Phyllis; sister, Dorothy Nicholson; daughters, Patricia (Gordon) Kosloski and Judy Moore (Erna Wiebe); and son, Garth (Beverly).  He will be remembered by his grandchildren: Doug (Judy) Kosloski, Dawn Kosloski (Drew Smith), Monique Moore, Quentin (Andrea) Moore, and Preston Moore; and great-grandchildren: Tayler and Brennan Kosloski, Parker, Lleyton and Benson Moore.  The family would like to thank the Staff of College Park 2 for their care of Ralph, especially during the last several weeks.  The Funeral Service will be held on Friday, December 9th, 2016 at 1:00 p.m. in the Tugaske Community Hall. Interment will follow in  Tugaske Cemetery.  In lieu of flowers, donations in Ralph’s name may be made to a charity of one’s choice.  Arrangements are entrusted to Moose Jaw Funeral Home, 268 Mulberry Lane.  James Murdock, Funeral Director 306-693-4550