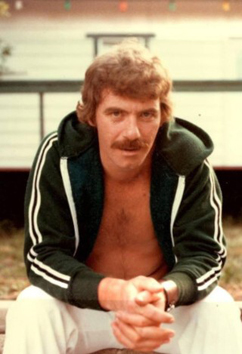 It is with great sadness that the family of Gordon Edward Moore announce his sudden passing on Wednesday, April 20th, 2022.  Ed was born in Moose Jaw, SK on April 1st, 1947 to Gordon and Muriel Moore.  He was predeceased by his wife and his parents.  Ed will be forever remembered by children, Joelle Moore and Michael Moore; grandson, Brody; and siblings, Cathy (Jerome) Engler and Lori Nixon.  Ed also leaves behind extended family through his wife’s family, the Pragnell’s, and the Moore’s of Moose Jaw.

Ed was very involved in sports and he played hockey for the Moose Jaw Crusty Canucks for many years.  He enjoyed the time he spent on the ice.  Ed also coached football for the Elks Minor Football league and took the South Hill Roughriders to provincials a few times.  He was also part of the coaching staff of the Riverview Royals football team.  But Ed’s greatest love was for the sport of softball.  He had a gift for teaching and coaching softball and he was great at it.  His talent at this gave him a legacy in Moose Jaw and the respect and love of many softball players that he coached and trained throughout the years.  He remembered them all and kept mementos of his time spent with them.

A Memorial Tea will be held on Friday, May 6th, 2022 at 1:00 p.m. in the Harvey Room at Moose Jaw Funeral Home.  In lieu of flowers, donations in Ed’s name may be made to the Moose Jaw Senior Ladies Fastball League, 411 Stadacona St, Moose Jaw, SK S6H 0J7.  Arrangements are entrusted to Moose Jaw Funeral Home, 268 Mulberry Lane.  Todd Sjoberg, Funeral Director 306-693-4550