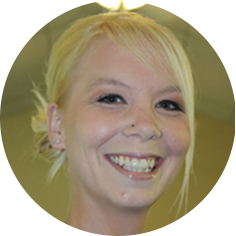 Shauna Dayle Monsees Neustaeter passed away on Wednesday, August 24th, 2016 after a long hard-fought battle with cancer at the age of 35 years.   The Funeral Service will be held on Monday, August 29th, 2016 at 1:00 p.m. in Moose Jaw Funeral Home with Pastor Marvin Seaborg officiating.  Shauna was born and raised in Moose Jaw and was the youngest of three children born to Cyril and Ruth Monsees.  She attended Palliser Heights School and graduated from A.E.Peacock Collegiate.  Shauna also took 1 year of social work, but decided she wanted to work instead.  She worked at many places such as Heritage Insurance, Carpet Gallery, Subway, Sears and York Auto.  Shauna got hired at Citizens All and she loved it.  That was the job she was looking for, and she was helping others.  Shortly after she started, she became very ill.  After several surgeries, and a long hospital stay, Shauna was diagnosed with cancer.  That was the start of the battle of her life.  She was determined to beat cancer and she did.  She beat cancer!  A short time later, it came back with a vengeance.  She started another battle with cancer but this time, she lost the battle.  After being told she was terminal with only a short time to live, Shauna made many memories with her family, including marrying her soul mate Mike at a wedding at the family and friends fundraiser.  Shauna made every day count.  Shauna was a ‘hockey Mom’ and she and Mike have been hockey parents for 14 years.  Her favorite thing to do was to watch her boys play hockey.  Hockey all winter, spring hockey, summer hockey camps and fall hockey tryouts and evaluations.  She was always there, encouraging her boys to play hard.  Shauna definitely made games more ‘colorful’ cheering from the stands.  She was a hockey mom to many players.  She was predeceased by her maternal and paternal grandparents, her loving Nana, and Uncle Cliff.  Shauna will be dearly missed and lovingly remembered by her husband, Mike Neustaeter; her three sons: Taylor, Gaige and Tanner; parents, Cyril and Ruth Monsees; brothers, Cory (Janelle) Monsees and their children Justin, Bailey and Josie; brother, Mackenzie (Melanie) and their two daughters Aynzlei and Ramzei; father and mother-in-law, Ron and Marianne Neustaeter; brother-in-law, Joe (Andrea) Neustaeter and their son Owen; sister-in-law, Stephanie Neustaeter; special aunt, Isabel Morrison, who stood by her through this entire journey; friends: Stacey LeMoignan, and Kyle and Miranda Endicott, who were with the family through this final battle; as well as many other aunts, uncles, cousins and friends.  In lieu of flowers, donations to an education fund for Shauna’s sons would be appreciated. Donations can be sent by e-transfer to mariannebjn@hotmail.com or taken to the TD Bank on Main and High St E, Moose Jaw, SK.  Arrangements are entrusted to Moose Jaw Funeral Home, 268 Mulberry Lane.  Todd Sjoberg, Funeral Director 306-693-4550