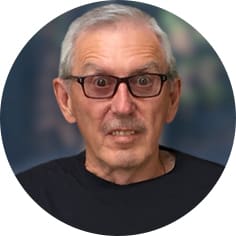 It is with sadness and love that the family of Richard William Molde announce his passing on August 25, 2019 at Providence Place in Moose Jaw, Sask.

Richard was born on June 6th, 1942 in Central Butte, Sask the fourth child to parents Bill and Melba Molde.   Richard was raised on the farm with his other siblings attending the one room school, Bird’s Eye View just south of the family farm.  In Oct of 1962, Richard married Beverly Jackson of Brownlee, Sask. Richard and Bev remained on the farm raising their two children, Clinton and Kerri, until their retirement to Mortlach, Sask and eventually Moose Jaw.  During his time on the farm, Richard served as a councilman for the RM of Eyebrow for 24 years. Although farming was Richard’s heart and soul, Richard enjoyed playing sports, particularly curling, and later on an avid fan for all.  He spent many hours fishing and boating with his family and friends.

Richard was predeceased by his parents Bill and Melba, as well as siblings, David, Debbie McDonald and Shannon MacLachlan, brother-in-law Warren Howard and nephew Kelly Howard.

A Celebration of Richard’s Life will be held on Friday, September 6th, 2019 at 1:30 PM in Moose Jaw Funeral Home.  Pastor Marvin Seaborg will officiate. In lieu of flowers, donations in Richard’s name may be made to Parkinson Canada
2103 Airport Dr #110B Saskatoon, SK S7L 6W2.  Arrangements are entrusted to Moose Jaw Funeral Home, 268 Mulberry Lane.  Calvin Gammel, Funeral Director 306-693-4550.