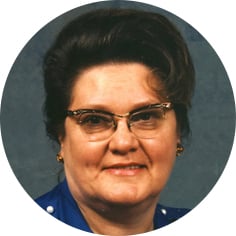 Jean Delores Melland, aged 75 years of Moose Jaw, passed away peacefully on Friday, April 4th, 2008. The Funeral Service will be held on Friday, April 11th, 2008 at 2:00 p.m. in the Moose Jaw Funeral Home. Mr. James Sikorski will be the speaker. A Visitation for family and friends will be held prior to the funeral service on Friday,  from 9 a.m to 1:45 p.m. at the funeral home.Jean was predeceased by her father Joseph Melland, brother Lavern Melland and nephew Kelly Melland. She will be lovingly remembered by her mother Irma; sister Ruby (Robert) Thomas; sons Brad (Wanda Baker) Morgan and Scott Morgan; grandchildren Alicia Meens, Bo and Cole Morgan; and many nieces and nephews. For those so wishing, donations may be made in Jean’s name to The Moose Jaw Humane Society, Box 1658 Station Main, Moose Jaw, Sask. S6H 9Z9.