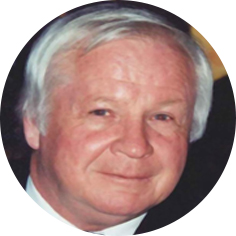 It is with profound sadness, the family of Barry Lee McLafferty of Moose Jaw, SK announces his sudden and unexpected passing on Thursday, August 10th, 2017 at the age of 67 years.  Loving husband, father, grandfather, uncle, brother and cousin, he will be dearly and forever missed.  He was predeceased by his parents, Norma and Pat McLafferty.  A life well lived and full of love, Barry leaves behind his wife, Nancy; son, Josh; daughter-in-law, Jenn; and his two precious grandchildren, Benjamin and Saorise.  Also mourning are his sister, Janice (Terry) Rowlinson and their children Heather and Bret (Nicole) Rowlinson; sister-in-law, Joanne (Garry) Barber, Lindsey (Jason) Ross and Karlie (Fred) Neal; brother-in-law, Ross (Carol) Peterson, Megan, Rhys and Dori Peterson and their families; as well as many cousins and close friends.  Barry was born and educated in Moose Jaw, attending King George Public School and Central Collegiate.  He continued his education at STI, graduating with a Drafting Degree.  Barry started work with CPR in 1971 as a brakeman, and then conductor, and loved working the rails.  He worked as a local rep in Moose Jaw for the United Transportation Union, and continued on his career, eventually becoming Vice-General Chairman of the board for the UTU at the national level, and served as Chairman of the Board of Appeals/Arbitrator.  Barry loved Buffalo Pound Lake and learned to water ski at a very young age.  He loved boating and teaching Josh how to ski, fishing with Nancy, and enjoyed making “wooly buggers” among other flies on Monday nights with his fly fishing friends.  A highlight for him was a fishing trip to Uculet, British Columbia, where he caught a Tyee salmon.  Barry was an avid hunter and was very involved in the South Saskatchewan Wildlife Association.  He served as a Director and as secretary of the club for many years.  He was especially proud of his involvement with the Pheasant Release Program.  Barry was a member and enjoyed golfing at the Lynbrook Golf Course.  He always looked forward to his visits with Josh because they got out golfing and took the time to really bond as father and son.  He was so proud of Josh and all his accomplishments in life and was looking forward to helping him out as much as possible in Revelstoke, BC in the coming years, and to passing on his love of the outdoors to his beloved grandchildren.  Barry’s passing serves as a reminder to us all that our time on this beautiful earth is limited and we should seize every moment, every opportunity, and to forgive, share, explore and love one another.  We are so very grateful for all the unconditional love he has shown us, for the sacrifices he made, and the confidence and security we felt when he was by our side.  He leaves behind a legacy of love and respect in his beloved grandchildren whom he cherished.  A Celebration of Barry’s Life will be held on Thursday August 17th, 2017 at 10:00 a.m. in Moose Jaw Funeral Home.  Dave Foley will officiate and interment will take place at Sunset Cemetery.  As an expression of sympathy, donations in Barry’s name may be made to the SSWA c/o The Pheasant Release Program, P.O. Box 164, Moose Jaw, SK S6H 4N8.  Arrangements are entrusted to Moose Jaw Funeral Home, 268 Mulberry Lane.  Todd Sjoberg, Funeral Director 306-693-4550