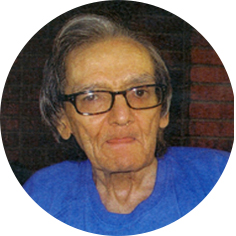 Ralph Lavern Marshall, aged 71 years of Moose Jaw, SK. passed away on May 19th, 2017 in Providence Place Moose Jaw.  Ralph was predeceased by his mother and father, Mary and Charles; four brothers, Jim, Alfred, Chuck and Ken; sister, Violet Merkel; two sisters-in-law, one brother-in-law and four nephews. Ralph will be remembered by two sisters, Evelyn Marshall and Yionna Rushford; and many nieces, nephews and cousins.  Ralph grew up in the Big Muddy area and attended school in Big Beaver and Moose Jaw.  He worked for a time at Valley View Center as well spending some time in the Yukon, which he often spoke fondly about and hoped to return to someday.  After his parents passed away, he moved to the family farm and farmed until his health deteriorated, in which he made the decision to move back to Moose Jaw to be cared for.  A Graveside Service in the family cemetery in the Big Muddy to honour Ralph’s life will be held at a later date.  As an expression of sympathy donations in Ralph’s name may be made to a charity of one’s choice.  The family would like to send out a special thank you to the staff at the Raphael Wing at Providence Place for their care and compassion of Ralph over his stay.  Arrangements are entrusted to Moose Jaw Funeral Home, 268 Mulberry Lane.  Michelle Surtees Funeral Director 306-693-4550