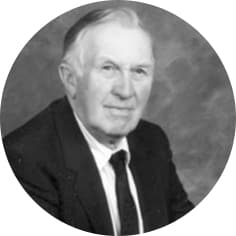 It is with deep sadness that we announce the passing of Sandy Marks on Saturday, March 22nd, 2008 at Central Butte Hospital at the age of 88 years.  Sandy was born in Moose Jaw, Saskatchewan on February 5th, 1920 to James and Katherine Marks. He grew up in the Grainland District and attended Aiktow School. He married Louise Irving in 1945 and together they farmed in the Grainland District for many years. After selling the farm they moved to Central Butte and Sandy enjoyed working at Douglas Park until his retirement. He is survived by his three children, Donna (Don) Dean, Jean (Barrie) England and Jim (Karen) Marks, and by his grandchildren and great-grandchildren; Michelle (Andy) Hauberg, Matthew, Beth and Jordyn; Shannon (Dave) Schmitz, Karly and Kelsy; Mark (Bobie) Dean; Angie (Karl) Vanner; Kim England; Brandee (Brad) Kearns, Carson and Samantha; Dustin (Lisa) Marks, Cash; Dylan (Charity) Marks. He is also survived by numerous cousins, nieces, nephews, his many friends and his special feline companion “Boots”. He was predeceased by his wife Louise in 2007, his parents and his grandson Darren England. Funeral services will be held in the Central Butte United Church on Wednesday, March 26th at 1:30 p.m. with Rev. Rick McCorrister officiating.Cremation has taken place and burial will take place in Elbow Cemetery at a later date. The family requests no flowers please. Anyone wishing may send donations to Central Butte Regency Manor/Hospital, Ivor Main Place, Central Butte, Sask. S0H 0T0 or the charity of your choice.