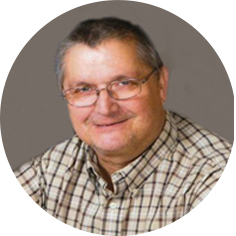 Joseph Paul MacKenzie, aged 61 years of Moose Jaw, SK, passed away on Wednesday, May 3rd, 2017.  Joseph was born in Belgium and received his education there.  He came to Canada to finish his education and joined the Royal Canadian Forces.  After retiring, he started his career as a transport driver.  He was predeceased by his parents.  Joseph will be lovingly remembered by his husband, Brian; 2 brothers and 2 sisters.  A Celebration of Life Service will be determined and announced at a later date.  Flowers are gratefully declined.  As an expression of sympathy, donations in Joseph’s name may be made to a charity of one’s choice.  Arrangements are entrusted to Moose Jaw Funeral Home, 268 Mulberry Lane.  Todd Sjoberg, Funeral Director 306-693-4550