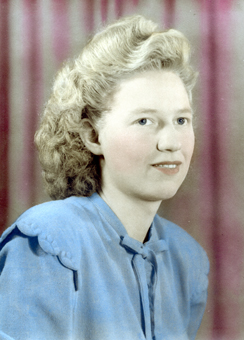 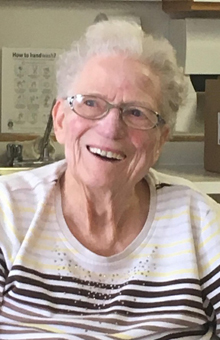 Wilma Joyce MacDonald (née: Sjoberg), aged 93 years of Moose Jaw, SK passed away on Wednesday, December 29th, 2021.  Wilma was born on the farm at Eyebrow, SK and received her education there.  She moved to Moose Jaw as a young lady and was later employed at the Eaton’s Post Office.  Wilma married Duncan MacDonald on May 12th, 1951 and together they raised two children.  She was a loving wife, mother, grandmother and great-grandmother, and she loved to entertain.

A Graveside Service will be held on Thursday, May 12th, 2022 at 1:00 p.m. in Sunset Cemetery.  Those wishing to attend are asked to be at the cemetery by 12:45 p.m.  Flowers are gratefully declined.  As an expression of sympathy, donations in Wilma’s name may be made to The Moose Jaw Humane Society, Box 1658 Station Main, Moose Jaw, SK S6H 7K7.  Arrangements are entrusted to Moose Jaw Funeral Home, 268 Mulberry Lane.  Todd Sjoberg, Funeral Director 306-693-4550