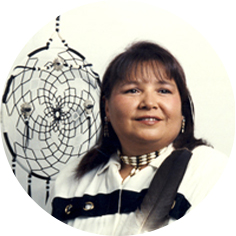 Deborah “Debbie” Ann Lougheed, aged 62 years of Moose Jaw, SK, passed away unexpectedly on Wednesday, March 15th, 2017.  Debbie grew up in Eyebrow, SK and later moved to Moose Jaw, SK where she raised her family.  For the past 20 years, she held the position of a Care Aide at Valley View Centre.  Debbie had a special place in her heart for the residents that she cared for and considered them as family.  Over the years, she opened her home to numerous foster children with whom she developed special relationships.  Debbie enjoyed spending time with her grandchildren, family, and friends, and was always known for a good laugh.  She also enjoyed bowling, playing slo-pitch, golfing, travelling, and having a good long talk on the phone.  She will be greeted with open arms by George and Doris; parents, Andrew and Clarice Benson; brother, Joey; sister, Sharon; brother-in-law, Al Wagner; as well as many other loved ones.  Debbie leaves behind her common-law partner, Marv; daughter, Natasha (Calvin), son, Richard (Kristi); daughter, Nicole (Brian); grandchildren: Kevin, Carissa, Bodie, Riley, Shelby, Stacia, Shae, Taylah, Jayke, River, and Mylo; sisters: Garnet, Gail (Lawrence), Janet (Jack), and Marlys (Brent); as well as many nieces, nephews, cousins, and dear friends.  A Celebration of Debbie’s Life will be held on Friday, March 24th, 2017 at 1:00 p.m. in Moose Jaw Funeral Home with Dave Foley officiating.  As an expression of sympathy, donations in Debbie’s name may be made to The Canadian Diabetes Association, 917A Albert St, Regina, SK S4R 2P6.

“There is no death, only a change of worlds…”